Hello everybody, and welcome back to Storytime Corner! This past month, we spent our Storytime talking about one of my FAVORITE things in life: food. I LOVE food, and we all had a blast with stories and games centered on this topic!

Food makes a great platform through which to work on some early literacy concepts. One of the markers of development for young children is being able to recognize an object that isn’t physically present, but is being represented by something else. For example, a very young child may only be able to recognize a plate of chocolate chip cookies if it’s in front of them. A more developed child will understand that a paper image of chocolate chip cookies is standing in to represent the real thing. And an even more developed child will understand that miming what a cookie looks like and pretending to eat it is standing in for both those things.

We played two games to help develop that imagery association: Name That Food, and Yummy/Yucky. For Name that Food, I would hold up images of different foods (bananas, spaghetti, green beans, pudding, etc) featured in the book Chew, Chew, Gulp! by Lauren Thompson and see if the kiddos could identify them.

For Yummy/Yucky, I took images featured in the book Yummy, Yucky by Leslie Patricelli, and asked if the food fell under the Yummy category, or the Yucky category. Burgers? Yummy! Boogers? YUCKY! This activity not only worked on imagery association, but also helped children recognize that words that sounds very alike do not have the same meaning, nor do pictures that look alike. Spaghetti may look like worms, but it doesn’t mean you’d want to eat both things!

Besides the two previously mentioned, here are a few of the books we read together: 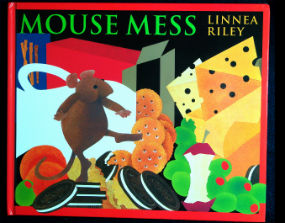 A cute story of a hungry mouse who eats his way through a kitchen and makes a big mess! 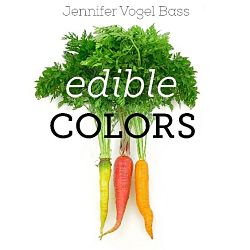 vegetables, both in known colors, and in unexpected ones. The book shows a fruit or veg in its common color (an orange carrot, for example), then shows how it can be a different color, too (purple), then shows a bunch of different fruits and vegetables in that unexpected color. Did you know one variety of watermelon has white flesh? We didn’t either, until reading this book!

Most Marshmallows by Rowboat Watkins 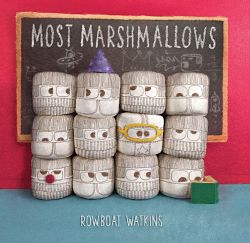 A personal favorite. The adorable illustrations show our marshmallow friends doing all sorts of wacky things, like flying in rocket ships, participating in a circus, and fighting a dragon.

This story was as much fun for the parents as it was for the kids. Three snacks—a cookie, a pretzel, and a cheese doodle—go exploring in a kitchen, only to find that mom left a note for Monster 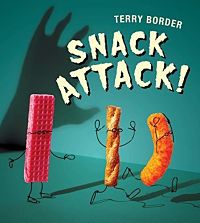 Kid, telling him to have a snack when he gets home from school. The terrified snacks try to figure out the best way to keep Kid from eating them. The text is simple enough for kids, but has lots of little jokes that parents appreciated.