Looking to try something new or not sure what to read next? We’ve got you covered. Here are some books that North Branch staff member Rebecca highly recommends. Be sure to click the links to check our catalog and place these great titles on hold! 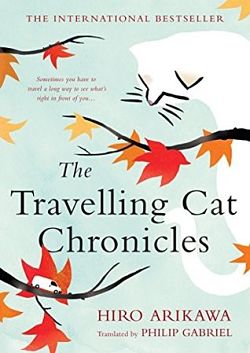 The story is told through the point of view of Nana, a cat. At first, he really enjoys the freedom of being a stray. A man named Satoru takes notice of him and yet Nana still is not interested in being someone’s cat. It is only when he is struck by a car and Satoru nurses him back to health, that he decides being adopted might be a good thing. But wait! Satoru can’t keep him. So Satoru and Nana venture out on a road trip, visiting all of Satoru’s friends to decide if one of them is worthy of being Nana’s owner. One by one, Satoru rejects each friend, finding reasons and excuses why they won’t do.

We question, “If Satoru is so picky about finding Nana a perfect home, why does he not adopt Nana himself?” That would be best - right? In the end, do we discover why this solution is not possible.A small gem. But sometimes the smallest of gems can yield the richest rewards 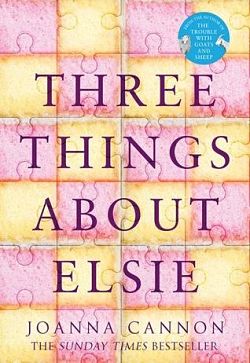 Poignantly painful, Cannon paints a portrait of 84-year-old Florence and her best friend Elsie who live together in a senior living facility. Florence has lengthy conversations and spends much of her day with her best friend Elsie. Their steadfast friendship has lasted almost a decade. The story evolves, as Florence sheds light on the elderly, how they abandoned - considered throw-aways - like a resident’s personal belongings that are tossed into dumpsters after they pass. After another resident’s death, an apartment becomes available and a man moves in that Florence recognizes from her past. Elsie is consulted immediately, and the two of them are convinced he is the same man they thought died 60 years ago.Despite Florence’s insistence of man’s nefarious behavior towards her, her pleas are readily ignored by staff. The staff can’t decipher what is real for Florence and what can be considered dementia. We as readers, are privy to Florence’s flashbacks which gradually unveil the mysterious man’s death and those involved.

Cannon opens a window into the world of the elderly – how pictures of the past and present run together - to become one solid portrait we carry forward when we leave.

“Where the Crawdads Sing”

Patrons come into the library and ask if Delia Owens has written any other novels because they loved this book so much. Yes, she wrote “Cry of the Kalahari” in 1992 with her husband - a travel narrative of their adventures and life on the Kalahari Desert - a book I also highly recommend.

Total immersion and time spent carefully researching settings is what makes Owens a stand-out author. Her background as a wildlife scientist, compiled with a unique voice, are the ingredients for weaving this story set deep in marshlands of the North Carolina coast. The primary focus of the story is on Kya as a young child, who grows up deeply and emotionally attached to her life in the swamps. Distrustful of well-wishers, who try to strong arm her into a public school system, she befriends a young boy along with a local gas station attendant, two allies in her fight to remain free from the grasps of society. The novel begins with a mysterious death of a high school boy which also adds an element of mystery.

Patrons also come in to the library and ask if I can recommend another book similar to “Where the Crawdads Sing.” In my opinion, there are no other books similar to it - no other books I have read recently that made me stop my life, slow down to cherish each page, for fear the end would come too soon. 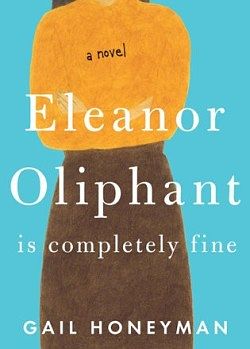 The title is the first clue, because, as we all know, someone can’t be completely fine all of the time. Eleanor takes great pride in “managing her life alone… being a sole survivor, not needing anyone else… having no holes in her life and believing she can sustain her self-contained entity.” Her routines are robotic -pasta with pesto and salad every night, phone calls to Mummy every Wednesday, weekends with the company of two big bottles of vodka. For Eleanor, routines are the only thing that keep her from facing facts about a past tragedy. Only the scar tissue across the right side of her face serves as a reminder.

At 30 years of age, having worked in the same office for 9 years with co-workers who tolerate her wackiness but would never notice if she stopped showing up, she finally is noticed. A new hire, Raymond takes a liking to Eleanor. One Friday, he purposely follows her out of the office and as they are heading down the street together, they witness an elderly man, fall backward and lie unconscious. Raymond comforts the man while Eleanor calls for an ambulance and together they save his life. Emotions are awakened in Eleanor, and deeply buried secrets begin to surface. Eleanor is not fine, in fact she is quite broken, but her journey towards fixing herself is one well worth following.