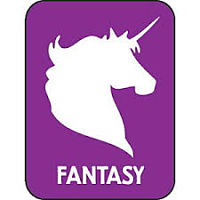 Sometimes we need an escape from reality. With everything going on in the world right now, what better time to pick up a book and escape into another one? Maybe a world with frozen kings, rebel librarians, or magic circuses that only come at night. Whatever book you choose to slip into, here are five fantasy books you won’t want to miss. Click the title to order a copy though our library catalog.

When Miryem takes over her bumbling father’s debt collecting business, she 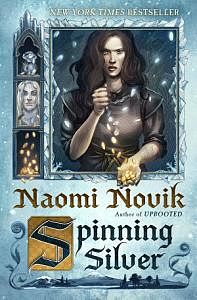 realizes she has a way with money. When she discovers she can literally change silver into gold, she grows arrogant. When Miryem catches the eye of the frozen, nameless fey King, it isn’t in her favor. She enters into an impossible challenge with the fey King, leading her to embark upon a deadly quest with two unlikely allies. This book is a totally beautiful reimagining of the word fairytale. The world is built vividly and expertly, with characters you’ll love and a nice romantic streak—I swear you will not be able to put this one down.

The Library at Mount Char—Scott Hawkins

A library filled with secrets to the universe. When Carolyn and her adopted

siblings’ ‘Father’ goes missing, the library is left unprotected, and with it control over all of creation. Carolyn has been around a long time and she gathers tools to fight for the library against some of the most powerful beings in the universe. Luckily, Carolyn has a plan. She’ll just have to make sure she doesn’t lose herself in the process. This book blew my mind. So many phenomenal plot twists and turns. Characters you will love dearly and some that will make you squirm.

Daughter of the Forest—Juliet Marillier

This is one of my favorite books ever. A Celtic fairy tale about a miraculously strong girl named Sorcha. When Sorcha is cursed and her brothers turned 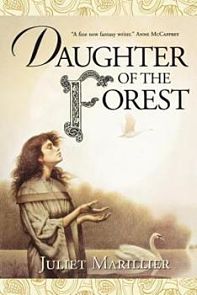 into swans, Sorcha must remain silent for as long as it takes her to spin six shirts from nettles completely by hand. If she speaks, she’ll doom her six brothers to life as swans forever. This story is about Sorcha’s will to survive and her love of her brothers. Luckily, Sorcha isn’t always alone through her hardships. The romance in this book is sweet and deep. The magic in this story is strong and ancient feeling. A book you’ll never forget.

A black and white circus that appears in the night, filled with magic. Celia and Marco, two people who have been trained as magicians since

childhood for a battle unbeknownst to them. When Celia and Marco fall in love, it is as magical as the circus they do magic in. Little do the two know, but only one of them is supposed to be left standing after the battle of magic. This book is in a word, beautiful. Beautiful prose, beautiful ideas and a beautiful story.

A challenge to all of our preconceived notions of good and evil. In an Oz where the oppression of citizens runs rampant, domestic violence takes place, and people struggle to make ends meet, we find Elphaba. She’s the strange, misunderstood green girl who will one day grow up to be the famed Wicked Witch of the West. Maguire turns everything on its head in this reimagining of Oz. I cherish this one because you fall in love with Elphaba and really get to empathize with her. It’s an emotional tale filled with fantasy and imagination, while still being soaked in truth.

Staff Picks for Spring: A Book for Everyone
Celebrate National Library Week April 4 - 10
New! Food and Travel Databases
Introducing: Unlimited Access to The Wall Street Journal!
Your Taxes and the Library