Are you a nonfiction nerd like some of us here at Summit County Libraries? Here are some nonfiction books that South Branch staff member Marissa highly recommends. Be sure to click the links to check our catalog and place these great titles on hold!

Bad Blood: Secrets and Lies in a Silicon Valley Startup 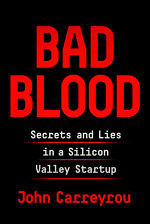 I recently learned about this scandal from a pop culture podcast describing the top “con artists” of the decade. Elizabeth Holmes, Theranos founder, certainly fits that bill. Bad Blood is a deep-dive into the story of Theranos, a Silicon Valley startup that raised millions of dollars in funding over its tenure. While purporting to create revolutionary technology that would change the blood testing industry, Theranos was, in reality, conning investors and supporters with both faulty technology and unsubstantiated claims.

This book is an incredible exploration into the whole saga. There’s tons of insider information from former employees, from those who were there at its conception all the way to those that were there at its denigration. The author also describes his own experience being the first one to break the story of Theranos’s lies in the news. All in all, a fascinating read.

The Lost City of the Monkey God 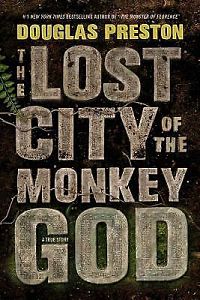 After reading The Lost City of Z by David Grann a few months ago and loving it, I decided I wanted another similar jungle adventure tale. The Lost City of the Monkey God didn’t disappoint. This true story describes the author’s experience on an archaeological expedition to uncover the mysterious ruins of a “White City,” which was long rumored to be somewhere in the jungles of Honduras. The book is in two parts. In the first half, we get to learn the process through which the historic sites are found and then studied, and hear some harrowing tales of jungle adventure. The second half describes post expedition follow-up, including a look into a rare disease contracted during exploration.

Into the Planet: My Life as a Cave Diver

I absolutely devoured this fascinating read by renowned cave diver Jill Heinerth. Part autobiography, part Cave Diving 101, Jill kept me entranced, as if I was reading a story written by a good friend. She describes so many aspects of cave diving, from the dangerous (you’ll finally understand what the bends feels like!), to the beautiful. Jill has done dozens, if not hundreds, of cave dives all around the world, from the mountains of Central Mexico to Antarctica. Not only is she a pioneer in the field, period, but she is also one of the only women in this male-dominated field. Jill describes the sexism she’s experienced, as well as the beautiful friendships she’s formed with other leaders in the cave diving world. A great read.

Bachelor Nation: Inside the World of America’s Favorite Guilty Pleasure 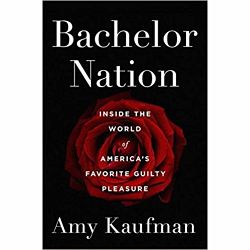 My final pick is mostly fluff, for the times when you just want something fun. The Bachelor/Bachelorette is one of my (very) guilty pleasures, and one of my favorite aspects of the show is the passionate fan community. Author Amy Kaufman is a true fan of the show, which makes her book even more fun and relatable. Amy provides a lot of insider information in her book from past contestants and leads of The Bachelor and The Bachelorette. She also provides some thoughtful insight on the innate flaws and contradictions of the show; many of us viewers love it, while still recognizing the sexism, stereotypes, and social ignorance that the show can perpetuate.