The snow might be here, but the staff at Summit County Libraries are still thinking about the great books we read this fall!

Looking to try something new or not sure what to read next? We’ve got you covered. Here are some books that North Branch staff member Rebecca highly recommends. Be sure to click the links to check our catalog and place these great titles on hold!

“The River” by Peter Heller. 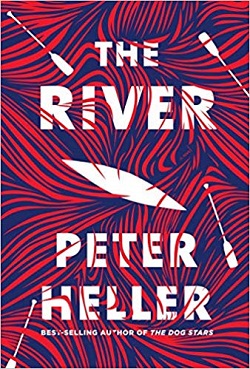 “The River” begins, as two young men evoke on a canoe trip deep in the Canadian wilderness. This is not your ‘innocents abroad’ expedition as both of these men are experienced and overly prepared for the trip. Their adventure starts with an ebb and flow pace, powered by Heller’s descriptive narrative. A glow in the darkness alerts the men of an aggressively fueled wildfire. Just as the decision is made to try to out-paddle it, they are alerted to a gravely injured woman in need of immediate medical attention. As they navigate rapids, the fast approaching fire and the husband of the injured woman (who has journeyed ahead only to hide and take potshots at them) their adrenaline-charged adventure will not disappoint.

“The Current” by Tim Johnston 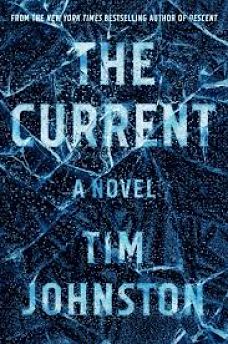 In this character driven mystery, two college friends drive home to Minnesota in treacherous winter conditions. Just miles from their destination, their car veers off the road and plunges into the icy river below. One co-ed dies, leaving the survivor to piece together the accident, with memories surfacing of being pushed from a car behind. As the investigation unfolds, townsfolk are reminded of a young girl’s death at the same location 10 years prior. Now the two mysteries collide, as suspects from the past are unearthed in an effort to solve both murders.

Each character in the small town has a story, and layer upon layer, Johnston masterfully connects the pieces, only to unravel a twist in the end. Don’t make any plans once you pick this one up, because you are sure to drop everything. 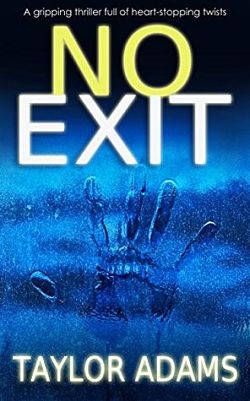 “No Exit” by Taylor Adams

Darby, a young co-ed, is driving home to Utah to reconcile differences with her dying mother. When a blizzard hits, she seeks shelter at a Colorado rest stop. Also stranded, are four others seeking sanctuary for the night. Some exhibit bizarre behavior. In an effort to get a cell signal to call her mother, Darby heads outside in the storm. She passes by a van in the parking lot, peeks in the window and is shocked to notice a young child trapped inside a dog crate, her tiny hand extended as a gesture of help. Now aware that one of the stranded companions is a kidnapper, Darby has to determine which one might help her save the child and which one might kill her in her efforts.

A high paced, plot twisting adventure that I highly recommend.