After library staff came up with some comfort reads, we thought everyone could use some movie and audiobook recommendations too! Here are some of our favorites to watch and listen to for the perfect escape from these difficult times. Click the links to order them through our online catalog.

I, for one, am jonesing for some sports on TV. Meanwhile, sports movies are my choice of escape. 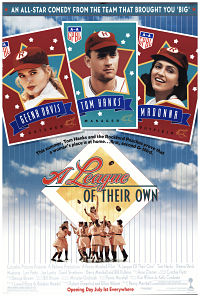 DVDs: A League of Their Own 1992: This is a fictionalized account of the all-American Girls Professional Baseball League, started in 1943 when all the men were fighting overseas.Tom Hanks “no crying in baseball” scene alone is worth the price of admission.

Miracle 2004: The story of the 1980 US Men’s Olympic Hockey Team and their run up to the gold medal in Lake Placid.Fun fact: cast with amateurs on the theory that it would be easier to teach college hockey players to act than actors to play hockey.In order to make it easier for them, Kurt Russell, as Herb Brooks, the stern, unyielding coach, stayed in character for the duration of the shoot, which meant no partying on set and a lot less fun for him.

Pride of the Yankees 1942: Gary Cooper plays baseball great Lou Gehrig and chances are you will cry at the end. Babe Ruth and Bill Dickey play themselves as part of the Yankee lineup.

Audiobooks - Sweetness at the Bottom of the Pie by Alan Bradley, Memoirs of a Geisha by Arthur Golden, Guernsey Literary Potato Peel Pie Society by Mary Ann Shaffer. These are all great for escaping.

DVDs - The Fall, Top of the Lake, The Big Sick, The Martian.
I think about the Martian in terms of isolation-I mean he was all alone for a long time! The Big Sick is about complicated relationships and dealing with a loved one who is ill.

Sociology is one of my passions, and for some reason hearing about people’s lives often calms me down. I found a load of sociological information in the compelling story of Tara Westover’s journey to become ‘Educated’. This is a non-fiction audiobook and one of the best I’ve listened to. It is Tara’s perspective on her fundamentalist Mormon family and her journey of growing up with very little education, but with a desire to go to college and learn more. Sometimes disturbing, sometimes heartfelt, and always inspiring, this is an audiobook that shouldn’t be missed.

Yes, the one with Kiera Knightly. This movie is a beautiful adaptation of Jane Austen’s Pride and Prejudice. It is a movie that always relaxes and comforts me. I’ve seen it way too many times and still the love story captures me again and again—thank you Jane Austen. The film is wonderfully executed, capturing the stunning beauty of the Bennet household and the intricacies of the characters while compelling you to enjoy every second of Mr. Darcy and Elizabeth’s story. If you are an Austen fan, or even just a fan of a gorgeously filmed movie, this one is for you. 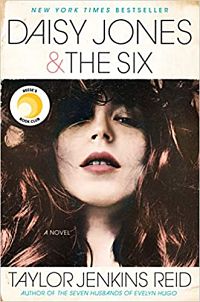 This is the first of about 10 titles that I have listened to past about 30 minutes without losing interest! The format is interesting because each person reads their own part so the voices are constantly changing. The story is engaging as well. Also, there is going to be a show based on the book on Amazon soon.

DVD: Lord of the Rings Trilogy

I was obsessed with these three films in high school. Undoubtedly, a night in back then involved milkshakes, a puzzle, and Lord of the Rings, always. Still today, any time I pop in one of the three, I feel an immediate sense of calm and comfort. They are so well made, so engrossing, and take you fully into another world. For bonus points, check out the extended versions!

I adore this comedy series from HBO! It takes place in Silicon Valley and follows tech entrepreneur Richard Hendricks through several years of ups and downs. You don’t have to understand the tech world to enjoy the humor and outlandishness of the show. It never fails to make me laugh. 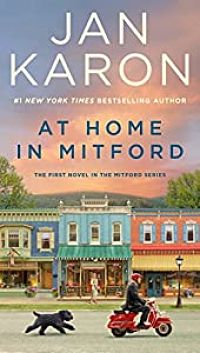 Audiobook: The Mitford Series by Jan Karon
I enjoy most audiobooks, but the ones that give me the most comfort are those in the "Mitford Series" by Jan Karon. Listening to these books is like a visit with old friends. I love that Fr. Tim quotes scripture to his dog, Barnabas to get his attention and that he prays in most situations. If this sounds stiff and overly religious, all the quirky small town characters "keep it real". Most years at Christmas, I listen to "Shepherds Abiding" because of all the love contained in their gift making and other Christmas preparations!

DVDs: Wizard of Oz or Michael

My all time favorite movie is the "Wizard of Oz", but if I need something with a little more humor, I watch "Michael". It's an older movie (1996), but I still thoroughly enjoy the music! Besides, how can you not love an angel who "smote the bank", smells like cookies and dances to Aretha Franklin music?! Ultimately, this movie is about love and appreciating the small blessings in life!

Anything Jim Hendrix. I love all the muppet movies, The Muppet Christmas Carol is probably my favorite. I watch it every Christmas... actually I would watch it right now. 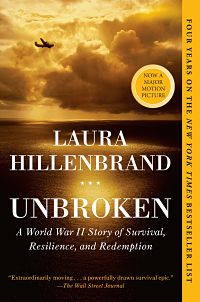 Audiobook: Unbroken by Laura Hillenbrand
This is a great story of resilience and hope. Unbroken is a biography but you get the chance to learn the stories of many brave soldiers. These men led extraordinary lives and their fight for survival is amazing. While they did experience loss and tragedy there is also inspiration and courage displayed in their stories. Encouraging in our current times.

Often the reader of an audiobook can make all the difference. In this case the narrator is great and you want to keep listening.

Audiobook: Happy Potter and the Sorcerer's Stone
Harry learning the truth about his parents, going to Hogwarts for his first year and making his lifelong friends is wonderful to read, but also great to listen to.

DVD: Notting Hill
One of my favorite movies that never fails to make me laugh no matter how many times I have seen it.

Audiobook: I am listening to “Sense and Sensibility” by Jane Austen in the car, and “Bleak House” by Charles Dickens at home

Have been watching the Jumanji movies, David Tennant’s Dr. Who and the Leverage series with Timothy Hutton.

Audiobook: Anything by David Sedaris. Need I say more? 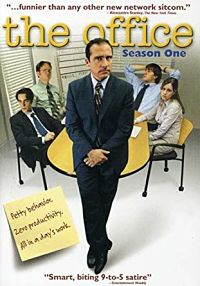 Favorite TV Show: The Office One of the best comedies of the 21st century. I never get tired of watching episodes of the office. Even though I already know all of the jokes, I laugh just as hard as I did the first time around. It has been even more enjoyable re-watching episodes since two of the cast members (Jenna Fischer and Angela Kinsey) started a podcast that goes behind the scenes of each episode. The podcast is called “The Office Ladies” and it’s really fun to hear them reminisce about their time on the show together.