Spring is in the air—or at least, less snow is in the air—and staff at Summit County Library are gearing up for Summer Reading Program and relaxing a little during Mud Season. We’re also thinking about the great books we read during the winter, and we want to share them with you!

Ready to find your next good read? Your library staff has some great recommendations of books we’ve recently read and loved:

At Home: A Short History of Private Life by Bill Bryson 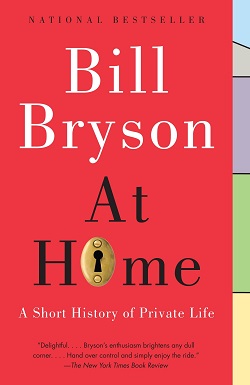 Have you ever wondered about the origins of the toilet? Where the “board” in “room and board” comes from? Or perhaps you’re curious about why, throughout history, it took so long for creature comforts to find their way into the home. This book is for you! Bryson dissects the home room by room, examining why and how our modern homes are the way they are. Fascinating and hilarious.

Bad Blood: Secrets and Lies in a Silicon Valley Startup by John Carreyrou 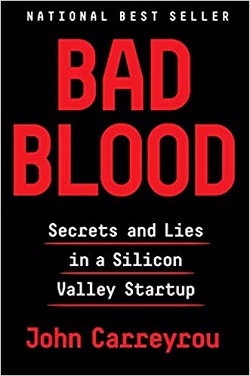 Shocking from start to finish! This book is a detailed account of the rise and fall of Theranos, a Silicon Valley startup once valued at nearly $9 billion. I thoroughly enjoyed it and had a hard time putting it down. Every chapter was filled with scams, stunts, and lies—all done in the name of helping people. 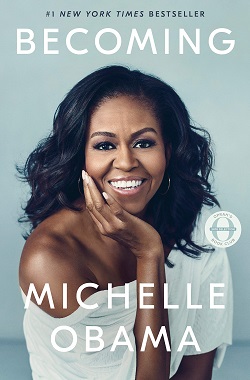 I enjoyed listening to Michelle Obama describe her upbringing, early career, and transition with Barack into the White House—and what it was like to raise two daughters while living there. She is an enjoyable narrator as well!

The Current by Tim Johnston 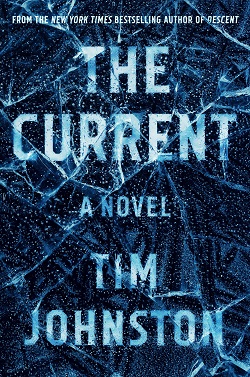 I loved this multilayered mystery with well-developed characters. I was so blown away by Johnston’s genius that I wrote him to tell him so. He responded, “The characters inspire me to write as opposed to the twists and turns of the plot...perhaps more readers will begin to look for books with more depth and character development.” I so enjoyed this book that I picked up his earlier novel –“Descent.” Set in the Colorado Rockies and even Summit County, it was also a character driven mystery, though it dragged a little in the middle. 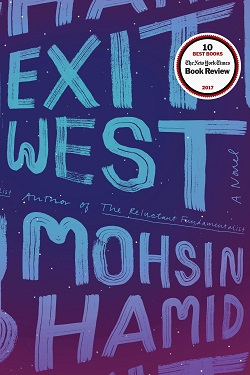 Exit West follows Saeed and Nadia as they flee their unnamed war-torn country and join a wave of stateless refugees searching for safety and place. The story moves from Greece, to England and eventually the United States. The experience becomes increasingly surreal as the couple try doorways that take them through countries and to other continents. “It was said in those days,” Hamid writes, “that the passage was both like dying and like being born.”

The Library Book by Susan Orlean 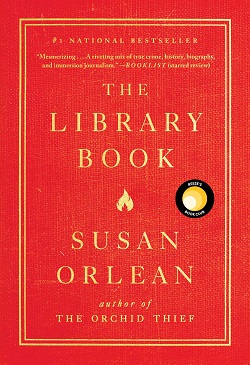 I usually am slow to pick up nonfiction, but this book was so interesting (and hopefully not just because I am a librarian)! I enjoyed how she switched from the LA Central Library fire, to the library's history, to the present, and in-between so you never lost interest. As I said in my Goodreads review, if I ever stop believing in the power and future in libraries, I just need make sure I give this one a reread. 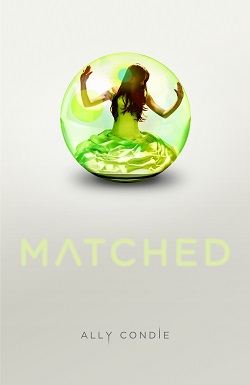 As a fan of The Hunger Games and Divergent, I was looking for another dystopian series. I am always intrigued by a young set of characters who are living in a world that challenges them to grow up fast and show a bravery and maturity beyond their years. I also enjoyed the young love story incorporated in this series. Cassia, Ky, and Xander make some rebellious decisions in a “perfected” society. Very cool!

This is not your typical memoir! I enjoyed listening to it on the Libby app. DeGeneres has some outrageously funny monologues—there were so many times I laughed out loud while listening! One thing I liked was that the author read the book herself, so you got the full impact of her inflection and the result was that the book read like a stand up set. One of my favorite chapters was “The Secret to Long Life: Kale.”

We Should All Be Feminists by Chimamanda Ngozi Adichie 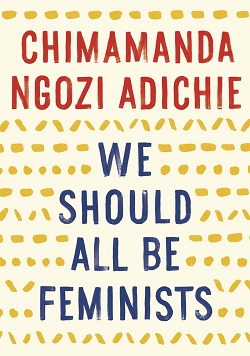 This essay was based on her TED talk, and I listened to it on the Libby app. It was very short but extremely inspiring. One thing that really stuck out to me was: "We spend too much time teaching girls to worry about what boys think of them. But the reverse is not the case. We don’t teach boys to care about being likable." Everyone should take a few minutes to read this tiny book or listen to this short audiobook, especially parents. An awareness of our societal flaws might help us raise our kids differently.

Wesley the Owl: The Remarkable Love Story of an Owl and His Girl by Stacey O’Brian 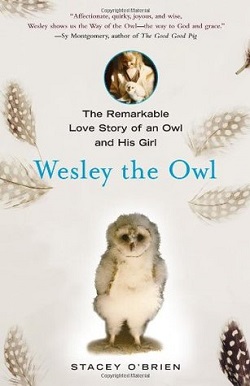 Wesley the Owl is not a new book (2008), but I enjoyed it immensely! A biologist meets a baby owl and ends up raising it and keeping it through adulthood since its wing was too damaged for it to survive in the wild. I was fascinated by Wesley’s intelligence, the bond that developed between Wesley and Stacey, and entertained by the challenges of having an owl as a roommate!