In 2019, I was fortunate enough to discover books by the author Ruta Sepetys. Ms. Sepetys was born in Detroit and is the daughter of Lithuanian refugee. She writes historical fiction and has made a point to use this literary vehicle to bring to light historically significant events that have received limited publicity and attention.

Her first novel, Between Shades of Gray, is about the genocide of 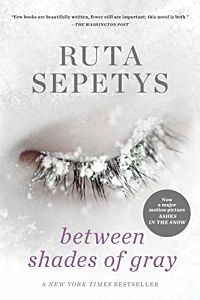 Baltic people after the Soviet occupation in 1941. In the 1930s and ’40s, Josef Stalin’s regime killed tens of millions of people, a number so large that the mind tends to shunt it off into the abstract space reserved for statistics. “Between Shades of Gray” tells the individual’s story that makes such cold facts meaningful. The main character, 15 year old Lina, recounts her story with a straightforward clarity that trusts readers to summon images of starvation, disease and death, and grounds them in a reality young adults can understand. This story was also made into a movie titled "Ashes in the Snow". 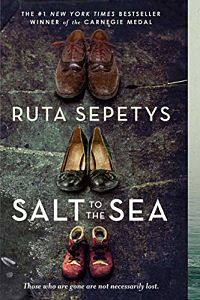 In 2016, the book, Salt to the Sea was published. It chronicles the 1945 refugee evacuation from East Prussia and the MV Wilhelm Gustloff disaster.The sinking of the MV Wilhelm Gustloff is the single largest maritime disaster in history yet, to many, the story remains unknown. This was the first book by Ruta Sepetys that I read and is probably my favorite. Again, a young woman is the lead character, but the other characters are equally memorable! The characters are all flawed and don't really like or trust each other. Yet, they need one another to survive.

Her most recent novel, The Fountains of Silence was released on 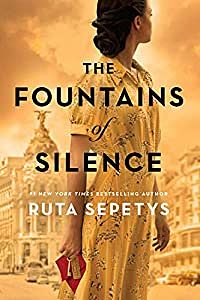 October 1, 2019. It is set in Madrid during the dictatorship of Spain's Francisco Franco. The story explores the repercussions of war and the complexities of the dictatorship in Spain.One of the topics covered in the book is children abducted from Spanish Republican parents and given to families deemed "less degenerate." The number of abducted children is estimated to be up to 300,000. The stolen children were sometimes also victims of child trafficking and illegal adoption.

While all these books all tell stories of suffering, Ruta Sepetys humanizes these events through strong character development. You may find some of these books classified as Young Adult books, yet they are definitely absorbing enough for adults!

Ms. Sepetys has been described as a "seeker of lost stories" who hopes to give voice to those who weren't able to tell their story. If Historical Fiction is one of your preferred genre, I encourage you to explore these stories!