Staff Picks for Spring: A Book for Everyone

At our most recent staff meeting, library staff shared some of the books they enjoyed recently and would recommend to all of you as we move into spring. We have a range of options for different ages; children, adults, juniors, as well as a range of genres: non-fiction, historical, mystery, fantasy and more. We hope you are inspired to give one a try! Just click the title link to order a copy through our catalog with your Summit County Library Card. 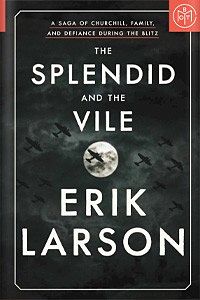 The Splendid and the Vile: A Saga of Churchill, Family and Defiance During the Blitz by Erik Larson
Genre: Biography
Erik Larson is the perfect author if you’re not a non-fiction person, but want to try reading non-fiction. All of his books read like novels, with factual information woven into a storyline format. The Splendid and the Vile is a deep dive of Winston Churchill’s time as Prime Minister during World War 2, as well as the firsthand perspective of the constant air raids and bombings experienced by Londoners during the war. 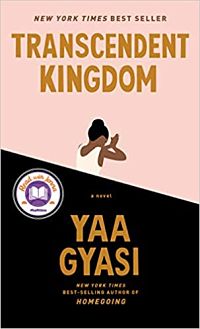 Transcendent Kingdom by Yaa Gyasi
Genre: Psychological Fiction
This book has two elements I especially enjoy:  the opportunity to see the world through the eyes of someone from a different culture and interesting information from science and/or medicine.The story is narrated by the main character,  Gifty, a PhD candidate in neuroscience at Stanford. She studies addiction and depression in mice, but addiction and depression exist in her family as well. Her once-promising brother died of a heroin overdose, and her depressed mother believes only prayer can heal her.  I think this book could be an excellent choice for a book club because many themes are explored:  loss, family dynamics, and feelings of belonging or feeling apart. While this book is not as complex as Gyasi’s first novel, Homegoing, her writing is still moving and inviting! 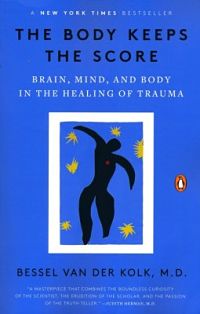 The Body Keeps the Score: Brain, Mind, and Body In the Healing of Trauma by Bessel Van Der Kolk, M.D.
Genre: Self-Help
How unexplored trauma may be carried with us and shape us.  Approachable writing style.  Recommended for clinicians or someone wanting to take a new approach to personal growth. 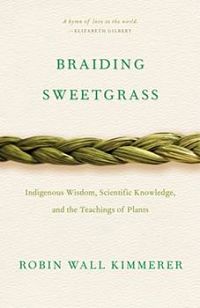 Braiding Sweetgrass: Indigenous Wisdom, Scientific Knowledge and the Teachings of Plants
By Robin Wall Kimmerer, Botanist and Citizen of the Potawatomi Nation
Genre: Philosophy, Non-Fiction Indigenous
The author discusses her dilemma trying to fit native American culture and traditions with her pursuit into the scientific and scholarly world of botany.The author first becomes interested in botany to pursue the question she had always asked herself-why goldenrods and asters grew beside each other? Why is it that the world is so beautiful? The flowers could well stand alone. The two flower colors are opposite on the color wheel, so together they enhance each other. Her professors told her there was no room for beauty in the field of science, that she should study art. Kimmerer’s book is full of her remarkable discoveries in nature-not to be explained scientifically. She also weaves her native American experiences and influences throughout and after reading Braiding Sweetgrass, one can never look at the world the same way. 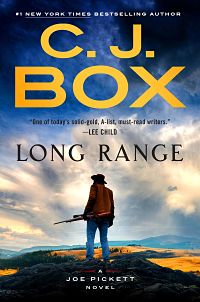 The Long Range or The Highway by C.J. Box
Genre: Mystery, Thriller, Fiction
C.J. Box writes about mountain west and gives a wonderful glimpse on the rural perspective. His main character is Joe Pickett a Wyoming game warden. Joe solves crimes, which can include anything from fighting bears, dealing with local drug cartels or tracking down a stalker of women on the highway. They are easy to read murder mysteries, and resonate with people from Colorado. C.J. Box books make great audiobooks. They are suspenseful to listen to making them a hit with a huge range of readers; even a hard to please teenager. 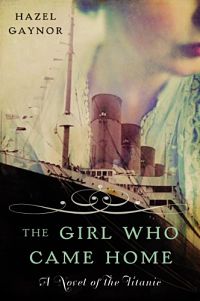 The Girl Who Came Home by Hazel Gaynor
Genre: Historical Fiction
I listened to the audiobook version. It is the story of an Irish girl in the early 1900s who, with 13 other folk from her small Irish village, hope to find a better life in America, and set out on the RMS Titanic. Their story, and how it affected events 70 years later, is both heartbreaking and joyful, and is very well narrarated by Connor Kelly-Eiding and Alana Kerr. 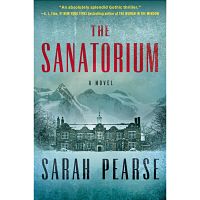 The Sanatorium by Sarah Pearse
Genre: Gothic Fiction, Mystery, Thriller, Suspence
I would recommend this to anyone who enjoys a story driven thriller. This new book is a chilling gothic thriller. Fans of Agatha Christie will enjoy the classic whodunnit-ness of the mystery together with great characters and dialogue. You won’t be able to guess the ending!

In the Woods by Tana French
Genre: Mystery, Psychological Thriller
Tana French is an excellent crime novelist. This story is about a pair of Irish detectives and their investigation of the murder of a twelve-year-old girl. Her style is classic procedural crime story. You will the meet detectives, learn their background and will be given clues from the first pages. You won’t be able to put it down. I read it in three days! 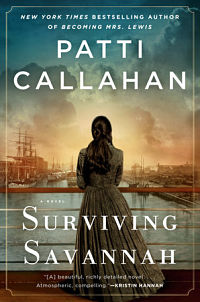 Surviving Savannah by Patti Callahan
Genre: Historical Fiction, Southern Fiction
The first historical fiction book that I have read but was happily surprised with this choice and hope to read more in this genre.   Savannah is a city with lots of history and this story focused on the tragic exploding and sinking of the Pulaski ship. It was a fascinating read, that I would recommend to anyone who loves historical fiction. 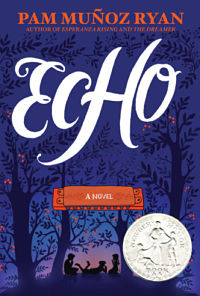 Echo by Pam Munoz Ryan
Genre: Fiction, Fantasy
This Junior fiction novel is a fairy tale type story that follows a harmonica that travels to three different families. It was an historical fiction book for Juniors, but Meg thought YA Readers would also enjoy this book. 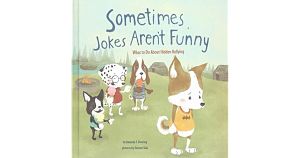 Sometimes Jokes Aren’t Funny – What to do about Hidden Bullying by Amanda F. Doering
Genre: Non-Fiction, Children's Literature
This children's non-fiction book uses the framework of a group of dogs attending a Summer Camp. The dog characters work through the challenges they have when a new dog joins their cabin, and is bullying one of their long standing cabin mates.  Lessons are learned that easily transfer to problems and issues children might have to deal with in growing up. 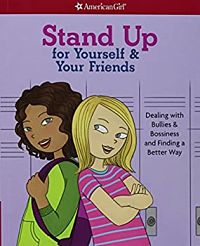 Stand Up for Yourself and Your Friends by Patti Kelley Criswell
Genre: Self-Help Book, Children's, Psychology
This Junior book was set up with quizzes in each section to see if the kids knew all the different ways bullying can be recognized. The three sections were : What’s Bullying?; Standing up for Yourself ; and Standing up for Others.  It would be useful for any gender and was published by American Girl Publishing. 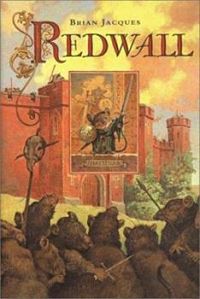 Redwall by Brian Jacques
Genre: Children's Literature, Fantasy Fiction
This children's book was one of my favorites when I was little and I am looking forward to watching the Netflix show so I gave it a reread. A quest to save Redwall Abbey by novice mouse Mattias fighting against sea rat Cluny the Scourge and his horde is a classic adventure tale for kids. I would recommend this for any children 9-12th grade who like animal fantasy. It may have been published in 1986, but it is still full of action and interesting characters.  This would be fun one for parents to read to their younger children, though the moles and the birds do have their own dialect and dialogue that might require some practice.